Where did that 12 years go? 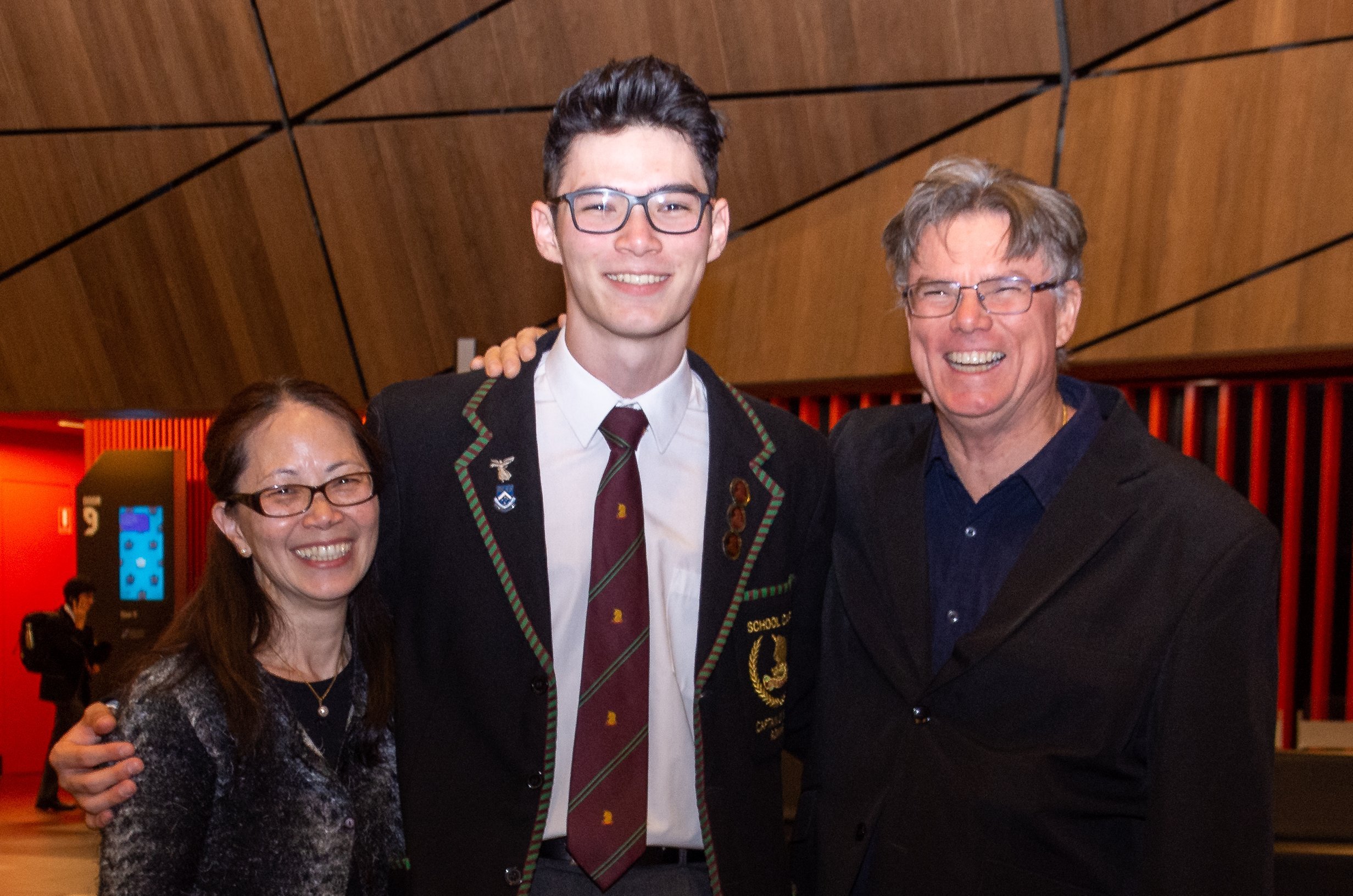 Joe, our son, who turned 18 in December – passing that notional numerical age signifying adulthood had to wait a day or so after his birthday to view another number of importance to some – his ATAR result.

Twelve – no actually 16 years of study culminated in this 4 digit number representing a comparitive ranking out of 100. Joe started 2 year kindy on the side of a West Papuan mountain when he was just… wait for it… Two!

So despite my apparent fixation with numbers, I am lousy at Math, preferring to look for angles in stories rather than in graphs. But this number, the ATAR, is the muggles version of the sorting hat. Like Ron Weasley’s Mum, we, as parents hoped Joe would be picked for Gryffindor.

Despite Joe’s early career plans to open a school similar to Hogwarts and become its headmaster, he adjusted to the realities of our school system, firstly in West Papua followed by a decade in Darwin culminating in gaining entrance to Melbourne High School finishing as Captain of Boats (Rowing) and School Captain in 2019 with academic awards in every year of his study at Melbourne High School.

He achieved his black belt in karate, played basketball overseas and represented the NT in the Tournament of Minds competition, played first violin for the winning Melbourne High Orchestra at the 2019 South St competition, was awarded a scholarship to Japan for winning a language perfect competition, won a bronze medal at the 2019 National Rowing Championships for the Schoolboys Coxed Quad Scull plus numerous Victorian State rowing medals along with other achievements among which we rate his politeness as one of his strongest assets along with a true compassion for people.

So back to the ATAR

Despite it just being a number which does not define a person at all, it is still a ranking, a snapshot in time from which thousands of students go forward to do something, make something, help someone, contribute for good – or not.

Anyhow, we had a nervous wait for 7am on the 12th of December when the results were released… and not unlike many firsts in life, people can talk about it and show a thousand pictures in the newspaper or on the television of people receiving their scores… but when it is your own child’s result… there is a momentary eye-brain-ear confusion as the score is revealed and the number is processed.

The multitude of emotions and calculations of whether it is good enough for the course he wants, or better than expected based on perceived efforts in exams and known results from SAT (School Assessment Tasks) flood your mind in slow motion over the milliseconds between the expressionless acknowledgment of the number and the reaction that appears on his face.

The result? If Joe was in the NT he would have secured the second top score for the Territory. As he was in the larger academic pond of Victoria, although placing in the top half a percent for the country we don’t know or need to know as although we knew he did his best, to have that rewarded in that little 4 digit number was a pleasant validation.

For a parent or student reading this and despairing at their ATAR, let me share another personal story. I got a shocking ATAR – I passed but don’t remember thinking much about the number other than it represented a pass. With a lousy ATAR I completed an Arts degree at Melbourne University (apparently a sought after degree these days) became an officer in the Army, obtained a computing post-graduate qualification, became a qualified trainer and assessor, Received three overseas scholarships, worked as a Chinese and Indonesian linguist while working overseas for 2 decades living a dream that has culminated in pride and respect for what our son has achieved through his hard work and the strength of support his mother and my wife have provided our family – creating aspiration and sharing inspiration.

…and let me say having a lot of fun along the way.

I’m not famous and yet I have heard famous people providing their ten tips for “success”. All of them (the tips) make sense and I see examples of those nuggets of advice scattered through our personal approach to being parents.

I do believe it is the parenting energy which determines much of the path taken by the children. I have had folks want to engage on the challenges of socio-economic disadvantage, using that as a determinant in how children succeed… or rather as an excuse for why some sectors of society do better than others.

If the seed of aspiration or inspiration is to provide enough food to stop a tummy rumbling (or worse) or to protect children from harm, abuse or exploitation… then that is the parenting energy which carries more weight than reading to child at night or putting them in touch with their barefoot investor.

It is not about advantage or disadvantage, but making the most of what we have in a considerate way… If we do our best, it will be for the best…

Our son did just that, and we celebrate not just the result, but more so the fact that he did his best…

So what was his ATAR? At then end of the day it doesn’t matter, but those of you who do want to know will have worked out pretty closely already…